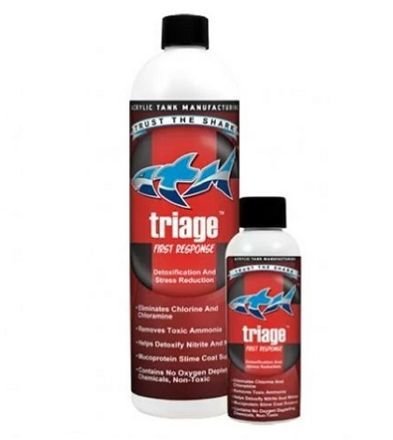 ATM - Triage First Response leaps into action to address the emergency removal of Ammonia toxicity in situations such as bio-filtration stalls or failures, power outages or any other instance which results in accumulation of unwanted toxic nitrogenous compounds.Ammonia is typically the compound that accumulates in bio-filtration failure, ATM Triage First Response works with a priority toward ammonia first.